A lot of what we know about Outers is word of mouth. It is said to be the first resort on the chain in 1908. We suspect the lodge was here before that and was probably used for logging in the late 1800s. After I puchaced the resort in 2002 I was lucky enough to get some information from the neighbor and another local gentleman before they passed. They could remember back to the 20s when the current lodge had a bar and grill and the upstairs was just bunk beds in an open room. They said the cars were parked everywhere on Fiday and Saturday nights. Cabin 5 was orginally an ice house and as you can see by the pictures, cabin 2 was moved from next to the lodge to it's current location by the lake. Cabins 6 and 7, up by the road, were added in the late 50s and early 60s. The trailer was on the hill into the 90s. I will be adding to this page occasionally as I get more pictures and information. I would like to thank Gary and Peggy Fredrickson (previous owners) for leaving me with most of these pictures. If you have any others, please take a picture and text them to me.  Also, be sure to check out the musuem while you are in town, it is fantastic! 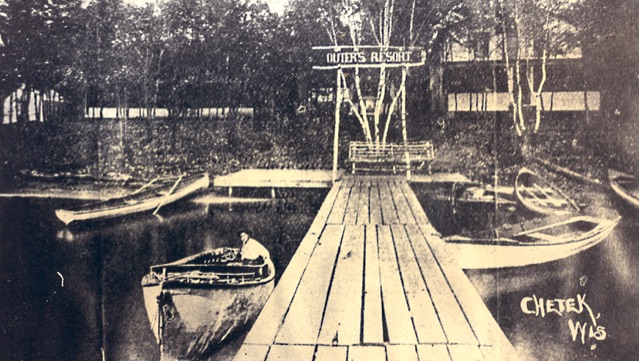 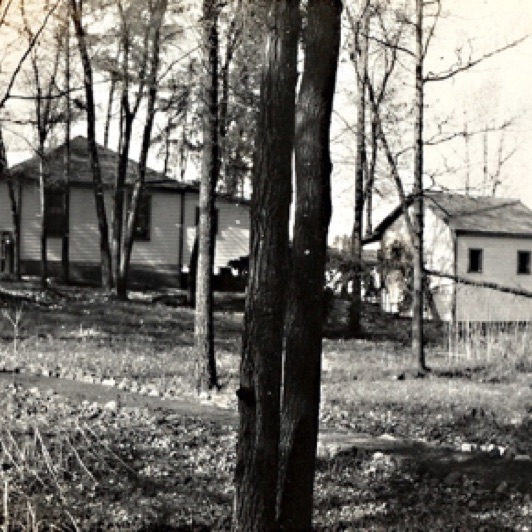 Cabin 4 and 5. Notice no bathrooms yet! 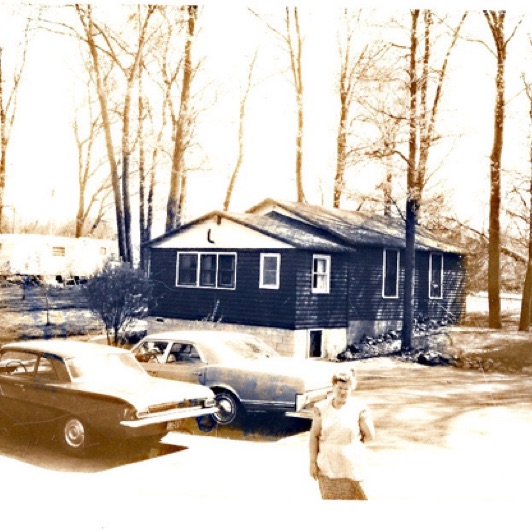 Cabin 7 in the 60s. Notice the trailer on the hill that is n longer there. 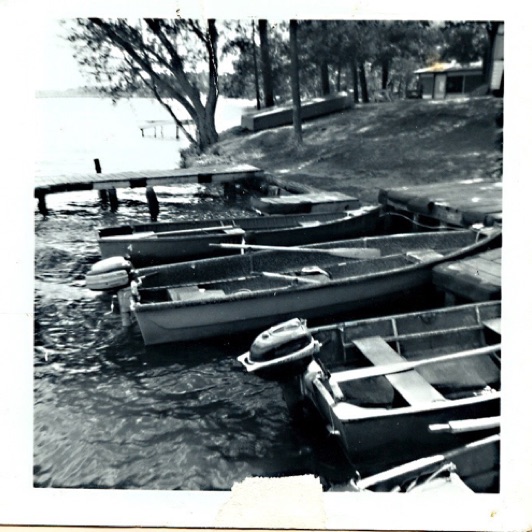 Not sure of the year here? 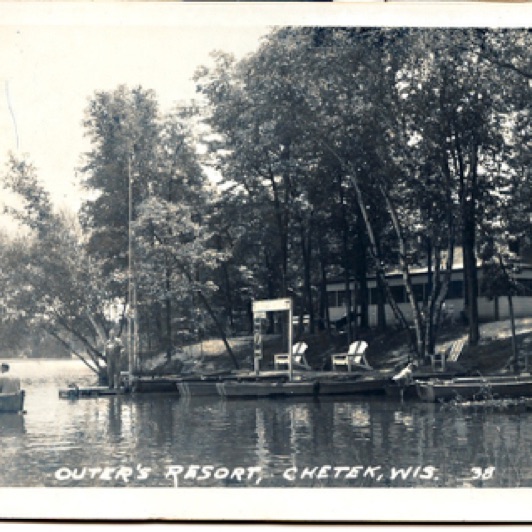 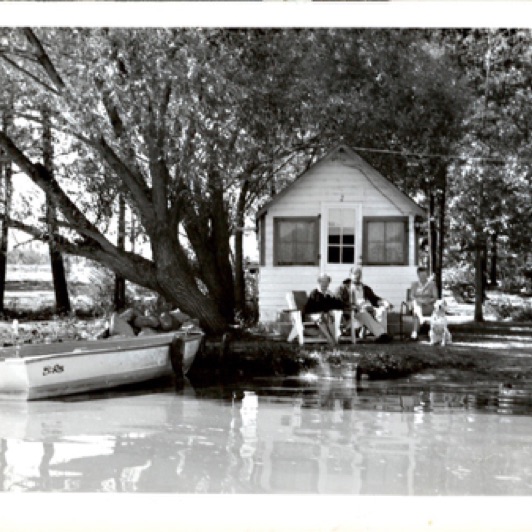 Cabin 2 after it was moved from next to the main building. (See other pictures) 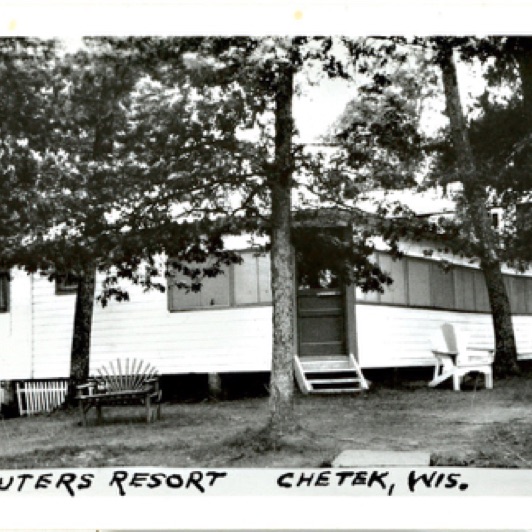 Cabin 4 doesn't look all that much different!
It's finally getting some new doors and windows this year. 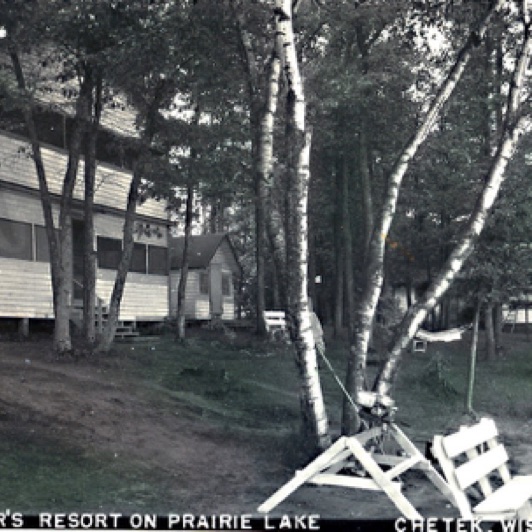 Here's a colorized photo from 1939. Notice the old motor on the stand by the dock! 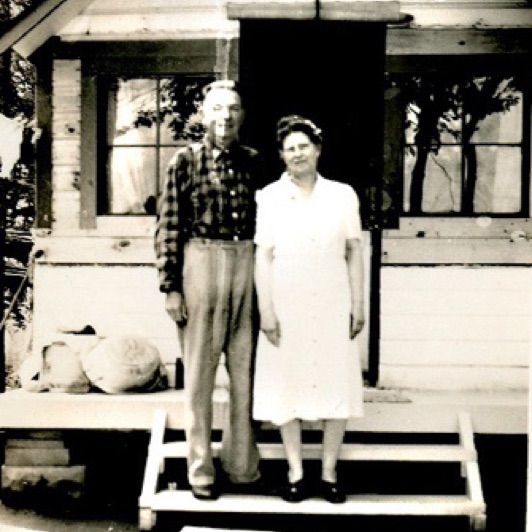 This couple is standing in front of #2 before it was moved. 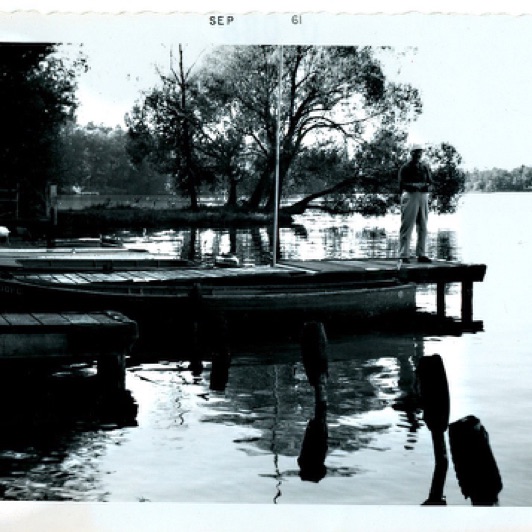 Someone fishing in 1961. If anyone remembers who, let me know. 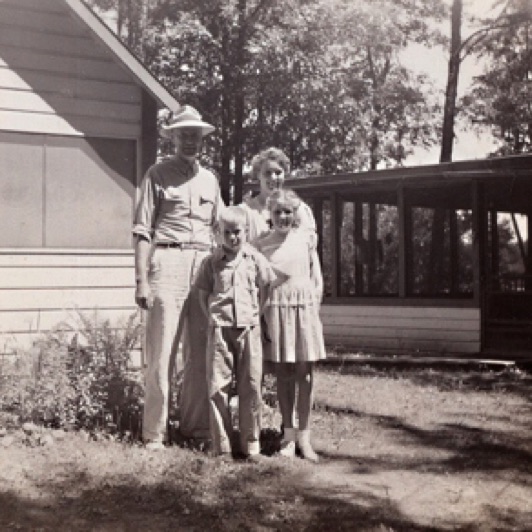 Check out the old car and the screens on cabin 4! This is cabin 2 before it was moved to it's current location.

Stringer of fish before cabin 2 was moved. 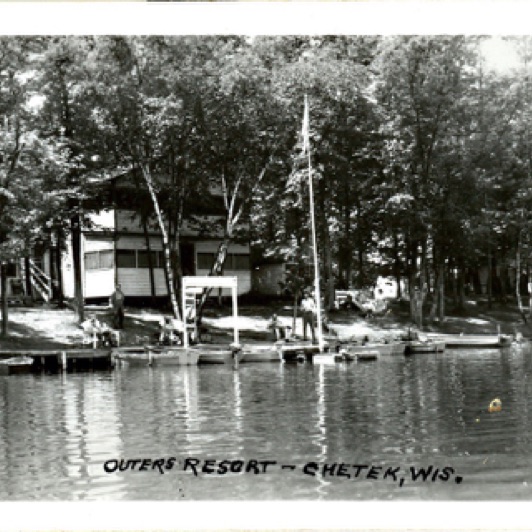 Here's another great shot of cabin 2 located where the picnic tables are now. 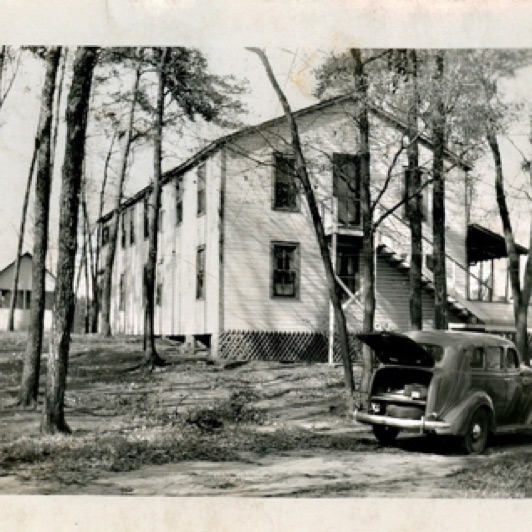 Here's the lodge before the basement was put underneath. Think of what a job that must have been. 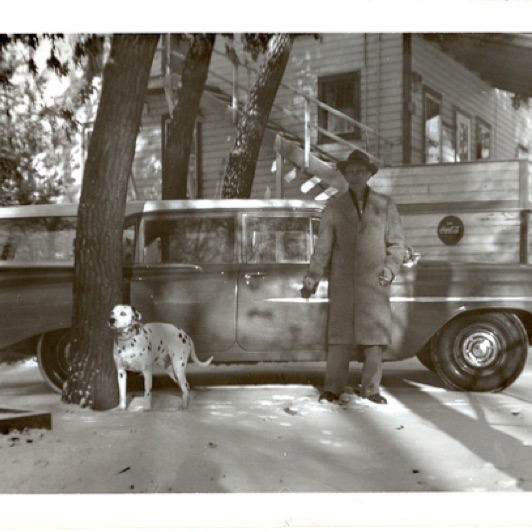 Here's a shot of Mr. Pfaff with his dog. He was 3 owners back. Notice the stairs going up the front of the lodge. 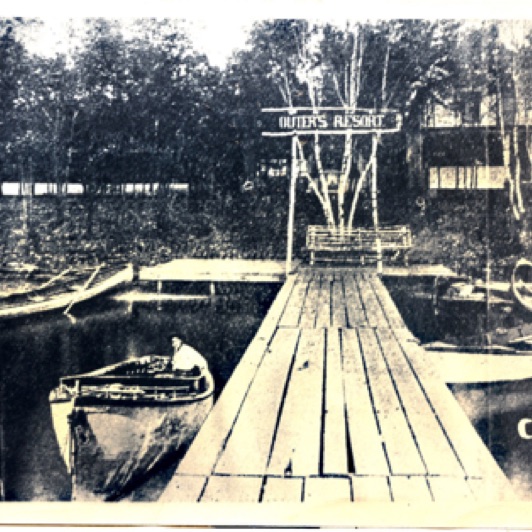 This may be the oldest shot I have. I believe it was 1928. I want that sign back! 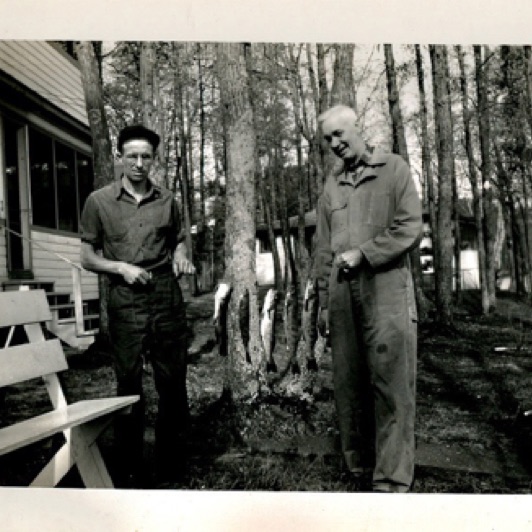 Here's a couple guys with a stringer of Walleye. They had to stock them back then too.
Here's cabin 1 before having the bathroom on the back end and the living room on front. 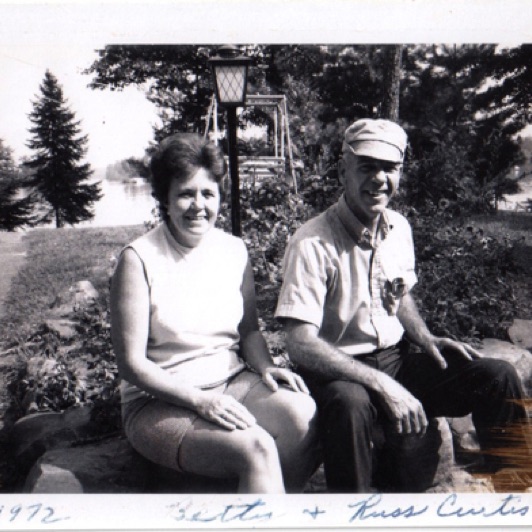 Russ and Betty Curtis were the owners in the 70s.

OUTERS ON THE BEACH